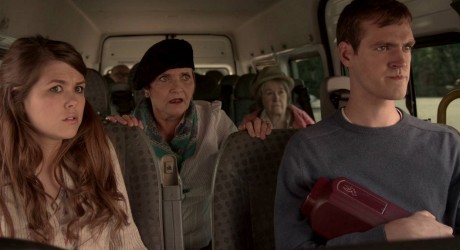 THE founder and deputy director of the Glasgow Filmmakers Alliance, Chris Quick, has called upon the director of BBC Scotland to seriously consider regular screenings of independent Scottish films on the Corporation’s newly-announced television channel.

The channel, which will air between 7pm and midnight every evening, was unveiled yesterday by the BBC director-general, Tony Hall. It was announced that the channel would have a budget of around £30m.

Speaking about the new channel, Quick said: “The new BBC Scotland channel is potentially a great platform for presenting the work done by the emerging and existing talent we have in the Scottish film industry.

“Donalda MacKinnon should seriously consider a regular time slot dedicated to screening a variety of short and feature length films, such as ‘Where Do We Go From Here?’ (pictured), which has already picked up many accolades across the globe including a BAFTA Scotland nomination.

“Regular screenings would act as a tremendous springboard for our colleagues and at a time when our industry is in dire need of investment, the ability to showcase what Scotland is capable of producing would be crucial in gaining public and government support to expanding the creative industries and its facilities.”

The new channel is set to start broadcasting in the autumn of 2018.